October 25, 2018
A blocking ridge of high pressure is firmly entrenched off the west coast and is not going anywhere for at least a few weeks. This will continue to bring very mild temperatures and no precipitation. We probably will not see a change in this pattern for around 3 weeks. 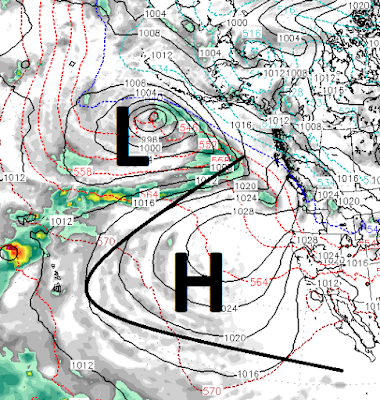 We still believe, however, that we should be in for an average to slightly above average precipitation total for the winter. We believe that by late December through the spring we are looking at El Nino conditions, albeit a weak to moderate El Nino. 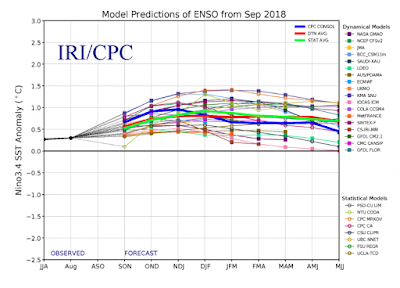 Although, this is not a strong El Nino, it is still El Nino. Last year we were in a weak La Nina. When the equatorial  Pacific waters started warming we fell into a near neutral ENSO, that was the trigger to our Miracle March. This year, the equatorial Pacific waters are much warmer, which should lead to a pattern change and one that could continue. El Nino means warmer than average temperatures as well, so snow levels could become a concern, but we will deal with that as the storm machine begins cranking.

Next, solar activity is at a near minimum. That is to say that sunspots are not nearly as active, and that could have another positive role in our upcoming winter. 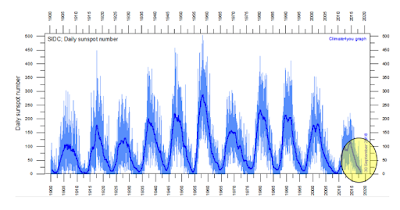 This usually means colder winters. How this combination of a solar minimum and El Nino play out, we will have to see.

Finally, here is the precipitation history for El Nino years similar to this one. 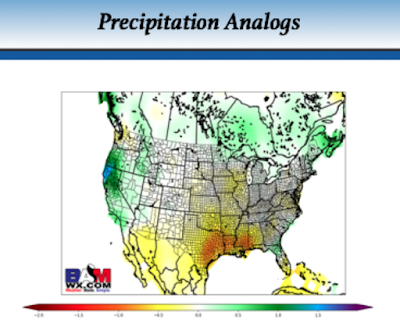 Sorry for the blurry graphic. El Nino means drier than average conditions for most of the rest of the country, but as you can see, not for us. In fact the impact of El Nino is greatest right in our area.

As we look out toward the 3-4 week range, we see a movement of our ridge of high pressure. A trough in the jet should then usher in our first major winter storm of the year, on or around November 18th: 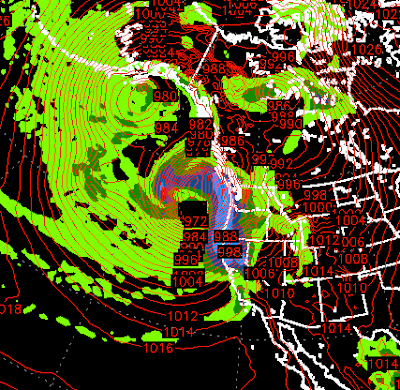 Of course a lot can happen between now and then!