Weak Storms Are Paving the Way For Much Stronger Storms

Because we cannot rely on Mother Nature, we are tracking several very strong storms especially for this time of year. This will greatly aid in coming out of the current drought as Ma Nature cranks up her storm machine.

The current storm will wind down Tuesday Night / Wednesday Morning (10/19 - 10/20). We do not expect much precipitation with this storm. Any snow will be in the upper elevations above 7,000 feet. Those levels, as always, will drop as the get on the backside of the front. 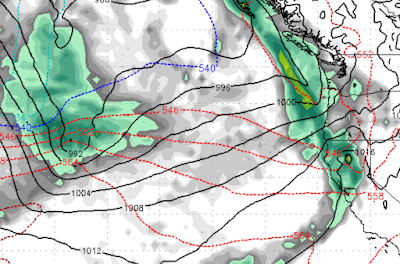 This will bring beneficial moisture up and down the west coast. Notice the blob out at sea. That is going to spin into a stronger storm. The leading edge will pull up some very warm and moist air. 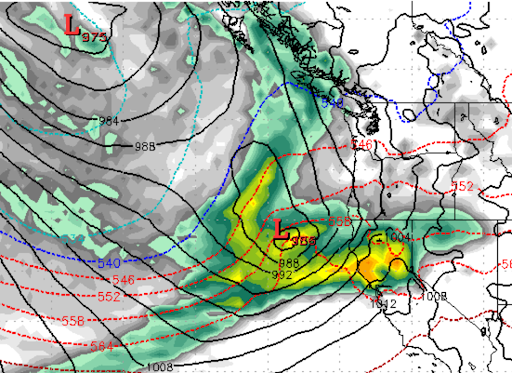 This looks much more like a January weather pattern than October. But after the consistent record highs, many are probably relieved that winter will indeed return.

The leading edge of this major storm will be Sunday, late morning (10/24). As this storm continues to spin it will strengthen and pull up more moisture from the sub-tropics: 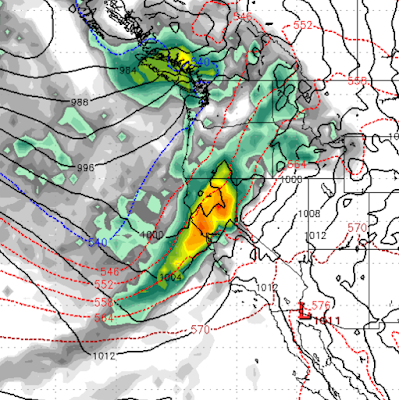 By the time this storm clears out we are looking at some pretty impressive precipitation numbers. The western shore of Lake Tahoe could see 7-8 inches of liquid, while the Western Crest is looking at as much as 10+ feet of snow. 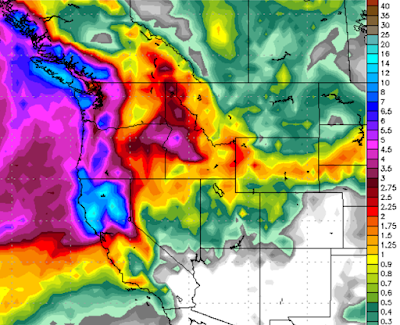 As would be expected for this time of year, and a storm that is pulling in tropical moisture, snow levels will be very high. They could start out in the 9,000 foot range but will come down as the front moves in from the north. Mt. Rose should pick up some major snow from this system, 3+ feet.

Temperatures should stay on the cool side at least the next couple of weeks, so much of this snow will stick around.