February 20, 2014
We will have a general warming trend through about the middle of next week. Look for dry weather with highs around 60.

We have been talking about the possibility of a pattern change coming at the end of February for the last week now. As we approach that date, the models are in surprising agreement that we could be in for a major and very beneficial pattern change.

We also talked about our friends in the Central and Southern Sierra joining in on the fun. It has been dry down there for over a year. Well it looks like our wish may come true. There are a series of storms making a beeline right for Central California, right in the heart of farm country, where they need it most.

Remember, this is still a week out, but when the models are seeing this and a number of other factors are suggesting (Late Phase strengthening MJO) this, my confidence is reasonably high.

Here is a look at the first wave, set for the February 27th: 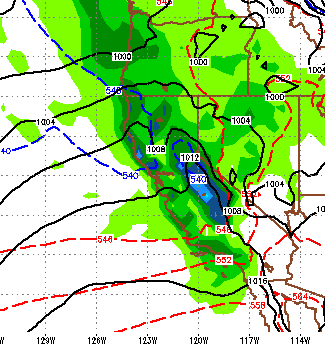 Heavy moisture this time with the Central Sierra in the Bullseye. About 24 hours later in comes another wave, this one is much more impressive and should tap into a healthy moisture plume: 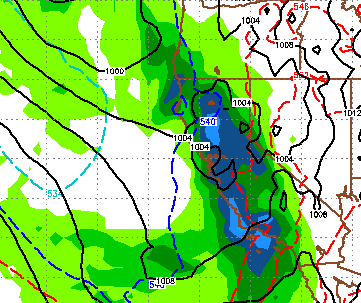 This wave seems to want to drench the entire state. I know we will take it!

Finally, here is the EC model for Moisture out of this system. I expect if things hold together, these numbers will go up as the ample moisture associated with this system and the dynamics of the system itself should bring in a real Sierra Storm, similar to what we had a few weeks back: 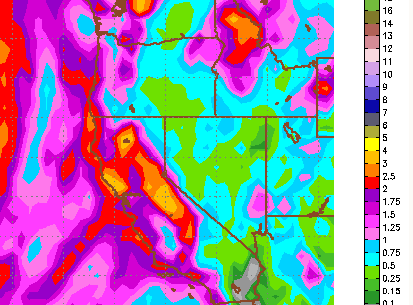 There also appears to be more systems following this westerly pattern as well, but let's not get ahead of ourselves as it is too early to mention the ... like I said too early.