March 12, 2020
Several storms are going to join forces and produce near continuous mountain precip starting Saturday and lasing nearly a week. With the exception of the leading edge of the moisture, this should be all snow for all Tahoe resorts as temperatures will be well below average for the event.

Here is a look at late Saturday night during the peak of the first wave: 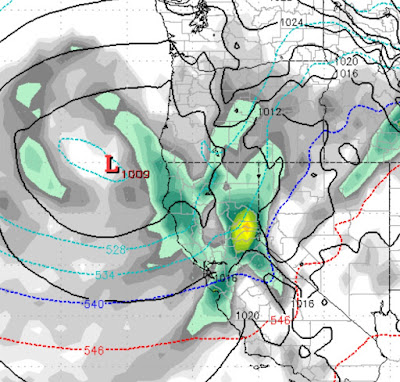 That low pressure system is going to move south and east. It will split and moisture will wrap around the Tahoe area until another low pressure system comes from the north on Thursday March 19th. During this period of time, we will see several waves of precip bringing much needed snow to the Sierra and Carson Range. How much is the big question. We are going out on a limb and predict in the neighborhood of 3-6 feet for the Carson Range with 6+ feet coming to the Western Sierra Crest. 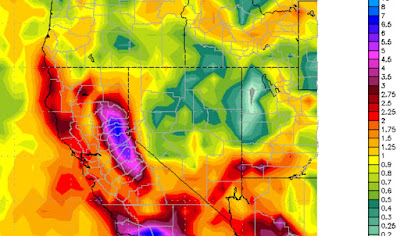 Despite the peak of the storm season having passed, the potential does still exist for some very strong storms. This should usher in a change to our pattern that could last through April. For those of you who enjoy warm, sunny weather, I hope you took advantage of the last 2+ months. We knew it could not last forever.