Pattern Change This Weekend, Followed By Solid Week of Storms

February 07, 2011
Let's look at how our pattern change will shape up and why I believe this will be a major weather event for Northern and Central Sierra: 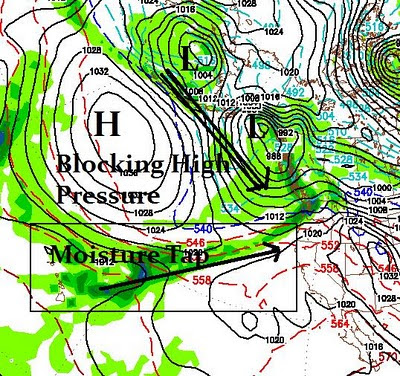 There are two decent size storms developing in the Gulf of Alaska. These two storms will work their way down the coast. Meanwhile, a line of moisture from the subtropical jet is setup from Hawaii to the Northern California Coast. The key here is a blocking ridge of high pressure that will prevent the moisture from moving north. This moisture tap will wrap around the ridge as it gets sucked into the two storms as they move further south. These two moderate storms will merge and form one giant storm. That storm will hold together for a day or two and split. Some of the energy will go onshore in southern BC. The other energy will move down the coast and strengthen. It will pull copious amounts of moisture right into Tahoe and dump what should be an impressive amount of snow in the Sierra from Tuesday - Sunday (2/15 -2/20). This should bring quite a bit of rain to the leeward valley's as well (Reno/Carson City).

The timing is always a bit sketchy, but here is what GFS is forecasting right now:

(First Burst, Late Tuesday - Late Wednesday)
On late Tuesday night (2/15) our first major moisture comes in and should start to dump snow on the Sierra. That snow should last on and off for the next 5 days, becoming very heavy at times. 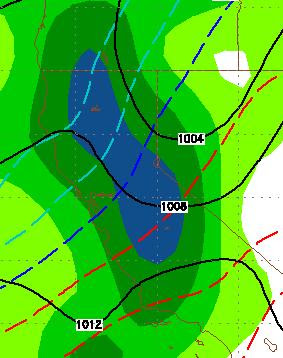 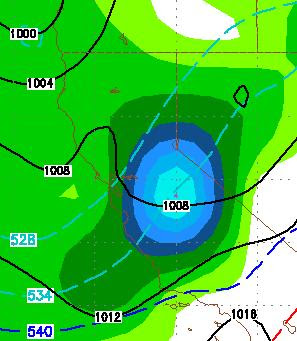 The heavy stuff is over by Saturday the 19th with residual showers lasting through Sunday.
That is how we see it for now. This is still over a week off and obviously things can change therefore it would be in your best interest to  ...