February 06, 2019
The weather pattern will remain very active with a series of storms bearing down on Tahoe.  Like our last few storms, these storms come in with very cold air and should be all snow for all Tahoe resorts. Remember, the later we get in the season, the tougher it is for storms to get over to our side of the lake.

The first of the storms, will be shadowed almost entirely by the Sierra. In fact we are not looking for much precip anywhere, but what little falls, will be at the crest on the other side of the lake. Here is a look at the first storm which will begin to effect the area late Friday night (2/9): 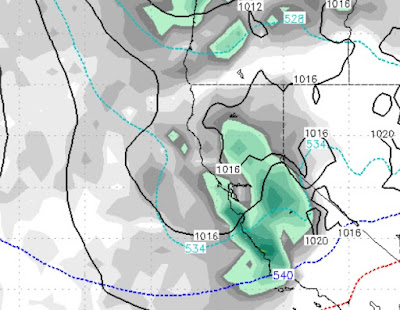 This storm slams into the Sierra and then dips south. However, that will open the door for the next storm to drop in from the north. That storm will show up late Saturday afternoon (2/10) and will impact both sides of the lake: 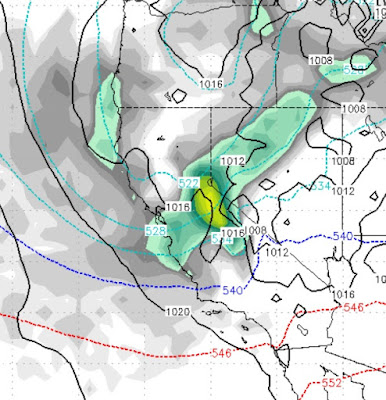 This storm should hang around throughout all of Sunday. The following week has several large storms, that will be warmer, that could bring even more snow to Tahoe. Here is a look at late Tuesday (2/12): 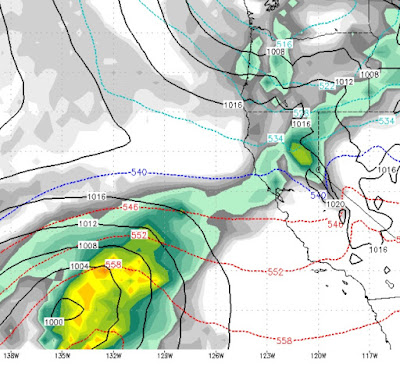 Later that week the picture gets even more jumbled as several storms from the north and south converge on the west coast: 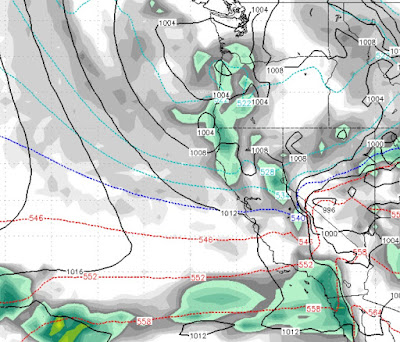 Right now the models are having a little trouble dealing with what is going to happen, but the picture will become more clear in a few days.

Overall, it looks like a very stormy next 10 days: 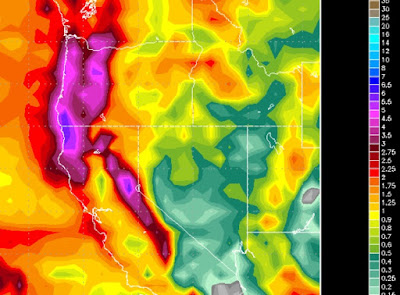 I would not be surprised to see Mt. Rose pick up an additional 4-7 feet during this time with even more across the lake.