Showing posts from March, 2018
Show all

As High Pressure Settles In, Expect an Extended Dry Period 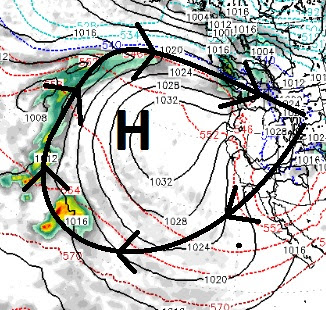 As the last remnants of this major storm wrap around our area and bring in very cold air, especially for this time of year, a major change is on the horizon. We talked about this in our last two posts. Here is the change: As air rotates clockwise around the ridge of high pressure and that ridge of high pressure moves closer to the coast, we can expect a gradual warming and the possibility of mid-70's by late next week in the leeward valleys of the Sierra. We are quickly approaching average snowfall for the Carson Range and Sierra, which is a little deceiving because we had nearly a foot of rain in several very warm storms earlier in the season. That makes the last 3 years of average or above average precip for our region. That was preceded by 4 years of below average precip. Folks, that is how it works. Ma Nature is not on a schedule. This machine that we call our climate is full of peaks and valleys. That is why we always say "average" and not "normal"
Read more 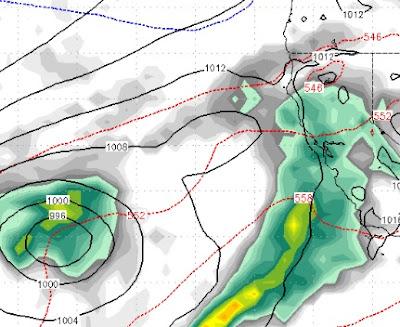 The current storm cycle has lasted nearly a month with several strong storms dumping lots of snow throughout the Sierra and Carson Range. That cycle is coming to an end, but not until we get pounded by one more large storm. We have been talking about this storm for about 10 days now and it is not going to disappoint. There will be some shadowing for the Carson Range but we still expect snow measured in feet starting tomorrow and ending early Friday with a 2nd wave on tap for Saturday. Snow levels could approach 8,000 feet when this thing really gets going. Initially however, we are looking at 7,000-7,500 feet. When the heavy moisture comes in the snow levels will rise. How high? Our best guess is above 8,000 feet for a short period of time until a cold front comes in and drops snow levels all the way down to 5,000 feet. For the most part, this will be all snow for Mt. Rose. There is a better than 50/50 chance that snow levels never make it to 8,000 feet. Approaching Storm (Tomor
Read more 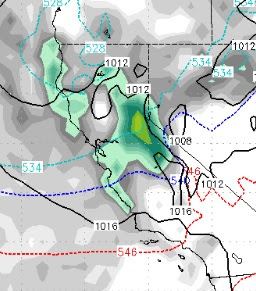 Act II of our winter storm is knocking on the door and should be affecting most of the Tahoe area by late this afternoon. This storm is coming from the north and is colder than Act I. Where Act I weakened, Act II has strengthened and slowed down. The Carson Range should pick up 2-4 feet of snow tonight and tomorrow above 8,000 feet. This storm is much colder and will be all snow for all areas. Some ares of the western crest of the Sierra will pick up as much as 5 feet of snow. There is a shadow effect to this storm, but we still like our chances of getting a major dump. Expect moderate to heavy snow for the Tahoe area for about 24-30 hours and then some wrap around moisture as the storm moves south and east. The storm should be peaking around 2:00am tomorrow. Here is a look at the forecast for 2:00am tomorrow: OK, back to what we do, which is longer range forecasting. Next week looks good for another large spring storm. That storm is going to come in warm, however. Here is wha
Read more 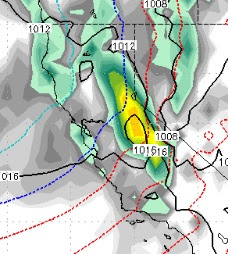 The winter storm that we have been talking about for the last two weeks is now upon us. This is an update on the timing of the storm: The storm will come in essentially two waves. The first wave is just now starting up. It will come in warm with the counter clockwise rotation pulling up moisture from the sub-tropics. This is the bigger of the two waves and will last until late tomorrow night with near constant, heavy snow. The elevation will be high to start, but should quickly drop. I believe Mt. Rose will get all snow, but would not be surprised to see snow elevations at the 8,000 foot level or even a little higher to begin with. The heaviest precip will be from 4:00 this afternoon until late morning tomorrow. Here is a look at the peak of the storm which should be around midnight tonight: There will be a break in the snow that should start very late tomorrow night and last through most of the day on Thursday before the next wave comes in. The 2nd and final wave comes in lat
Read more 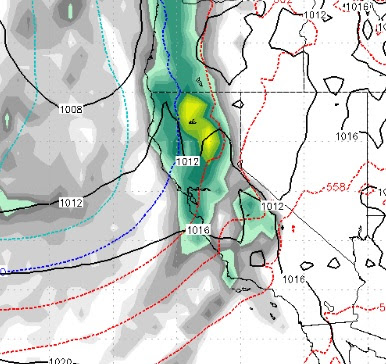 A rather large and extremely beneficial storm is expected to come in on Tuesday and stick around for 4-5 days bringing wave after wave of moisture to almost the entire state of California and heavy mountain snow to the Sierra. Our current system is trying hard to produce. The first wave went by us to the west and north and the second wave is missing us to the south. However, I think the Carson Range could pick up around 3-6 (at most) inches of snow tonight and early tomorrow morning. Before we get into the forecast, if you did not see this earlier, we were sent a video of Ski Patrol doing avalanche control in the Chutes of Mt. Rose last week. I have been asked to post it again, it is pretty amazing. Mt. Rose Chutes Avalanche Control We have a giant trough of Low Pressure headed our way. Although the models are not in total agreement, we believe here at TWB that this will be a major winter storm for the Sierra and Carson Range. Here are the details: Tuesday at Noon (3/13)
Read more 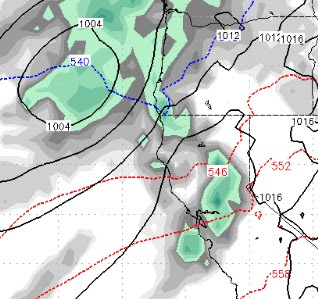 Before we get into the next storm or storms I think it is fair to mention the tremendous benefits of this last storm. The Sierra picked up anywhere from 5-10 feet of snow which is pretty amazing for this time of year. Better yet, the snow levels were very low and all Tahoe resorts saw epic conditions this past weekend. I was told the Mt. Rose Chutes opened up (partially) yesterday. I would guess that Yellow Jacket was closed. Here is a video of Ski Patrol's avalanche prevention measures: Massive Yellow Jacket Avalanche One lift operator told me after seeing this, "That was all five feet sliding down the hill". Ok, on to the next storm. I have been hearing about a big warm storm coming in at the end of this week. We think the pattern will turn stormy, but as we reported last post, this storm looks to be cutting north and will only give us a glancing blow. It is the following storm that has our attention. First of all, it is going to warm up to seasonal temperatur
Read more

We're Not Done Yet; Next Two Storms Look Warm 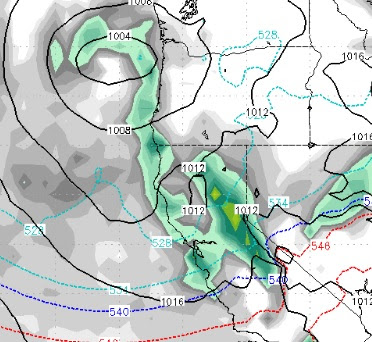 We are currently in the lull that we talked about last post. This will not last long as this powerful storm begins to crank up again by mid to late afternoon: The storm is forecast to finally clear out by late Saturday afternoon but not before dumping 4-8 feet of snow throughout the Sierra and Carson range with similar amounts in the Central Sierra around Mammoth. This storm actually came in warmer than we expected but snow levels hovered around 5,200 feet at the their highest, which is a far cry from a typical large Sierra dump. Then next two storms are coming in much warmer and snow levels could start pushing the 8,000 foot mark again. The first of the two storms now looks to be heading further north than we expected in our last post. That will deliver the Tahoe area just a glancing blow. Notice the red lines, that is warmer air which is completely different than what we have been experiencing over the last few weeks. A third storm is now appearing on the horizon. Alt
Read more
More posts