Showing posts from November, 2016
Show all

By Paul Huntington It appears we are in store for a short break- starting Monday Nov 28 afternoon thru Tuesday night- from the parade of storms that have recently lined up to get Tahoe started off on the right track this year. This break, however, appears to be short lived with a cold inside slider type system clipping North Lake on Wednesday morning/early afternoon Nov 30 and then a weak ridge of high pressure establishes but albeit a weak one and nothing like we saw during the 2011-2015 Winter in January and February. It then looks like the Pacific wave pattern shifts with both the subtropical and polar jet coming off Eurasia meeting in a sweet spot in the Western North Pacific around Japan. This combination of warm and cold is perfect for the formation of large low pressures that will grow into very impressive storms as we enter into polar night and cold air circulates down from the North Pole. In addition the ITCZ or MJO is acting up in the central equatorial pacific creating an
1 comment
Read more 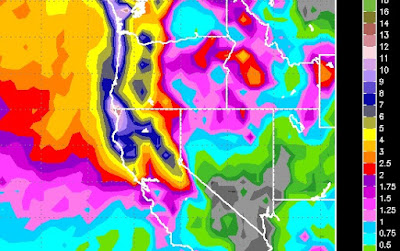 Checking the latest ECMWF model, things have changed radically. We had mentioned that things are ripe, especially if you have read Huntington's posts. However, the models had not been picking it up. Well, they have now, especially the EC model which is showing one storm after the next, starting around noon tomorrow, for the next 10 days. Snow elevations should not be a problem as these storms look to deliver around the 7,000 foot mark and below. Of course some lower mountain rain could occur west of Lake Tahoe, but Rose should be all snow. Here is a look at the 10 day liquid precipitation forecast: As you can clearly see, we are moving into a very wet period and a not a second too soon. Slide Mountain is being forecast to pick up between 4-6 inches of liquid in the next 10 days. That could translate into 4+ feet of snow and I am fairly confident that it is going to happen. Again, some higher elevations west and north of the lake are looking at nearly 10 feet of snow. Now
Post a Comment
Read more 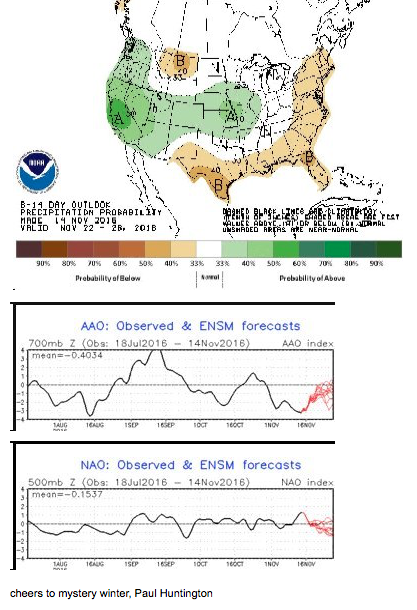 Ok friends, normally when I receive a bunch of mail, I do nothing. However, after yesterday's forecast it would appear that many other forecasters are in disagreement with myself. Truth be told, I lean heavily on the ECMWF model. That is the European model. It has a much larger budget than the North American models and I believe it is much more accurate, especially long term. Rarely, will I post a forecast without a graphic backing up what I am saying. When GFS and ECMWF are in agreement, then I post with great confidence. There are, however, some anomalies taking place that are unprecedented. We were suppose to slip into a La Nina pattern. However, the typhoon season on the other side of the Pacific sent Kelvin Waves that basically wiped out La Nina. In fact, there is at least a possibility that El Nino could come back. Paul Huntington has been all over this since September. He believes that the models are not reflecting what he is seeing as of yet. Remember, Paul has been
3 comments
Read more 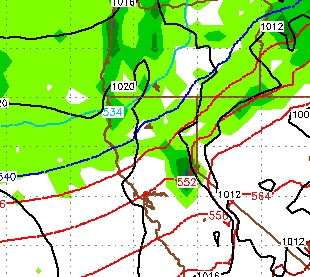 We have had a beautiful run of weather and that is going to change. However, the long term snow pattern does not appear to be in the cards, at least not yet. A strong cold front will bring very little precip but lots of cold air into the Tahoe region tomorrow night. Here is a look at the precip forecast for very late tomorrow night into early Wednesday morning. Unfortunately, not a lot of moisture is associated with this system. I am guessing 2-6 inches for Slide Mountain by Thursday night. When this system exits, it will leave lots of cold air in place. This should give the folks at Mt. Rose a chance to finally start making snow. However, I am seeing another warm period that could last for a few weeks starting next week. But let's not get ahead of ourselves. A second system will come into the area very early Sunday morning. This system will have a better moisture tap. It will warm things up and snow levels could be a bit tricky. Right now it looks like 7,000 feet, but t
1 comment
Read more

Prediction on track for snow to begin Tuesday November 15 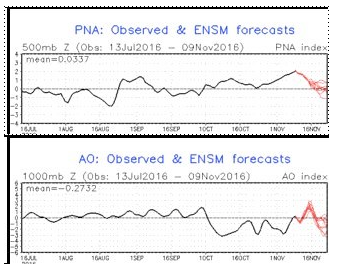 Forecast by Paul Huntington Not much to say about that last anemic low that just completely fizzled out and I did not see that happening as the inland high has been extremely weak since end of last February and to be honest got me bit worried about drought returning. Nevertheless, changes are on the horizon starting Tuesday Nov 15 and it seems my prediction is on track!! This should be the beginning of an active pattern that could be supportive of colder storms that should allow most of Tahoe to open by Thanksgiving? The teleconnections at the moment are conducive for troughing along the West Central coast of North America beginning next week with hopefully the storm track becoming progressive and continuing into December. Many variables are at play but here are some of the major ones: 1.) East Pacific Inter tropical Convergance Zone in the Pacific is acting up which generally supports a lower latitude jet stream in Northeast Pacific that can dip down to the Los Angeles area, 2.) the
Post a Comment
Read more
More posts