January 14, 2019
We have two storms that are heading our way. Starting at Tuesday around noon expect near constant snow for at least the next 3 days with near blizzard conditions starting very early on Thursday and lasting through at least the morning.

As we have been saying, the first storm stalls out, the 2nd storm slams it. This 2nd storm has a sub-tropical moisture tap and will drop copious amounts of snow on our area with blizzard conditions throughout the Central and Northern Sierra starting late on Wednesday. 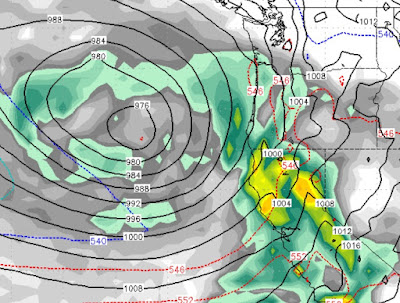 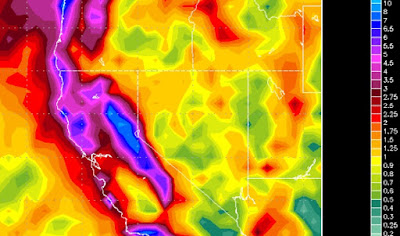 As with all storms there will be a rain shadow, but I would be surprised if Mt. Rose did not pick up 4+ feet of snow by next Monday, with the upper mountain of Squaw perhaps picking up 7 feet.

Snow levels are a bit tricky. Expect all snow with this first system and snow all the way to the valley floor. As the second system moves in, snow levels will quickly rise and could get as high as 8,000 feet. Behind that system is another cold front and those snow levels will fall as quickly as they had risen.

Another change in the pattern is that behind these storms high pressure will move in, but will get shoved around quite a bit. We were expecting much warmer than average temps. However, when the ridge gets moved out off the coast a bit, that will open the "slider" door, and I now expect cooler than average temps by the 23rd of January.

Another split system will be coming our way next Sunday and will also usher in cooler weather. With the ridge getting pushed around, we expect widely varying temperatures. One thing is for certain, that ridge is going to dominate our weather after Sunday, and we expect dry conditions with an occasional slider system reinforcing our cold air.