February 05, 2014
Two storms are coming our way. In the next week (and maybe longer) Tahoe will see some very welcome precipitation. 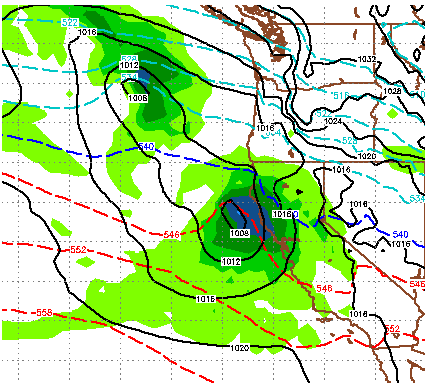 You can see we are right on the edge of the cool/warm air. What develops out of this storm is a giant moisture plume that will stretch from Tahoe to Hawaii. Some refer to this as the Pineapple express. Elevations could start as low as the valley floor but will rise through the entire event. We are looking at around 1-2 feet for the snow prone areas west of Lake Tahoe and about half that for the Carson Range. This should be all snow.

Storm 2
As our next storm and much more powerful, wet storm approaches, we are looking at what I will call a major weather event for all of Tahoe. We seem to be right in the bulls eye. As this storm taps into a giant moisture plume, it will stall ... and dump. However, snow levels will rise to nearly 7,500 feet throughout this event. For you pond hockey engineers, probably wise not to remove the snow until after the event. I give it a 50/50 chance of rain hitting at 7,500 feet. Here is a look at late Friday: 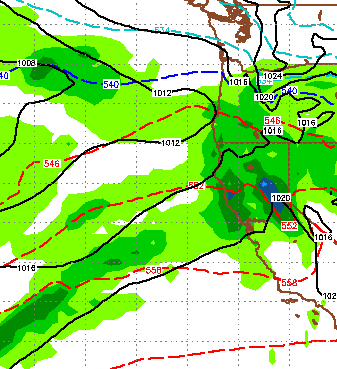 Notice the huge moisture plume to the south and west!

Here is a look at very late Sunday night: 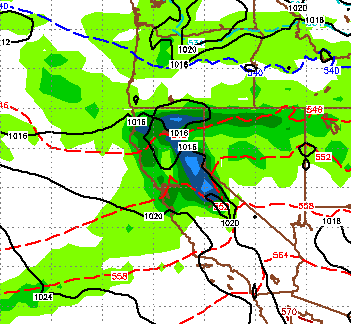 The dumpage continues! These two storms combined are going to really help the drought situation in the Sierra. Here is a look at total liquid precip. Some areas will pick up nearly 8 inches of liquid, especially north and west of the lake toward the crest of the Sierra. The Carson Range should pick up a solid 4 and maybe more. More storms could be on tap for later next week ... we will talk about that next time.