Storms Stacked For Next 10 Days

March 06, 2016
We do not like to look back at the weather, but these last two storms proved to be somewhat confounding. They just could not get over the Sierra. That meant enormous rainfall totals for Central and Northern California and about half of what we were expecting in the Carson Range. After my wife told me how wrong our forecast was, I simply replied to her that God always has the last say. It's His machine and only He knows how it works.

I think tonight's storm should be the best of the three. This is another massive storm that should better handle the rain shadow created by the Sierra Crest. Here is a look at the forecast for tonight: 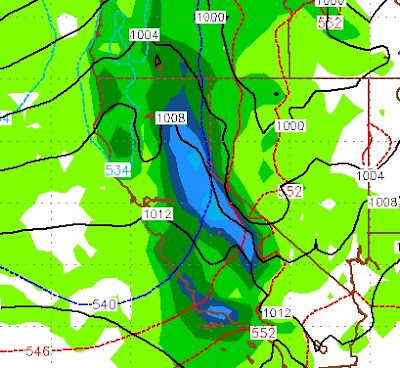 This storm will be all snow for the Carson range and should produce snow all the way down to the valley floor. There could be a decent window tomorrow morning for the winds to die slightly and allow the lifts at Rose to spin. I think we will get from 1-2 feet of additional snow up on Rose so it will be quite a morning if the winds allow.

The next storm comes in early tomorrow evening. This looks like we could get shadowed out again. This is very hard to forecast. If you get the proper lift and trajectory, these storms bulldoze over the crest, if not they stick to the western side of the crest. Here is a look at the forecast for early tomorrow evening: 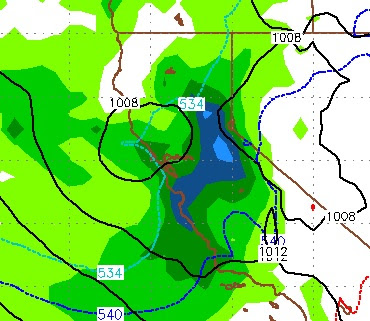 We should pick up from 6-18 inches tomorrow night as well. If all holds true, by Tuesday we should have picked up in the neighborhood of 36-52 inches since Saturday, not a bad total and a great way to ring in March!

After Tuesday, our winds wills shift from the south and it will remain mostly dry until next Friday when another very impressive storm comes into the area.

However, I think it is worth noting that several other storms are going to be near misses next week, until eventually the storms come back through our area on Friday. If things shift slightly south, we could be in for a very stormy week. Right now it looks like they will go north. Here is a look at the forecast for Wednesday afternoon: 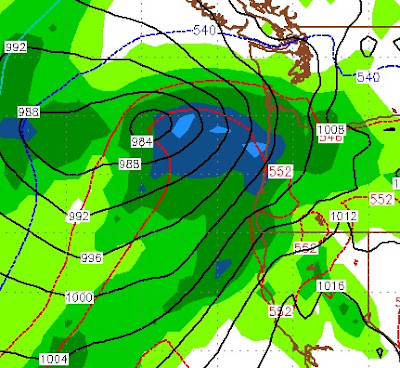 This storm is just to our north and came in from the south, so if it makes landfall a little sooner, look out!