Swing and a Miss

February 27, 2013
As is often the case, when the weather models are in wild disagreement, our hopeful forecasts whiff. Our potential for a foot or more of snow last week, faded into the weeds as both storms weakened significantly and only left behind 2-4 inches.

Our next hope was for the first week in March. My good friend, Sven, over at Unofficial Mt. Rose sent me an interesting tidbit from NOAA. That tidbit talks about conditions ripening in that first week of March. That sent me back to the models and lo and behold, the two most accurate models are now focusing on what looks like a decent snow event for around the 6th or 7th of March. In addition, both models are looking for another event about a week later, March 14th.

First let's take a look at the 3/6 event; I have posted 3 charts below. In chart one, around the beginning of March, we can clearly see that conditions are finally ripening. We have our blocking ridges of high pressure right where they need to be and a few decent sized storms poised to head down the alley and squeeze in between the blocking ridges. 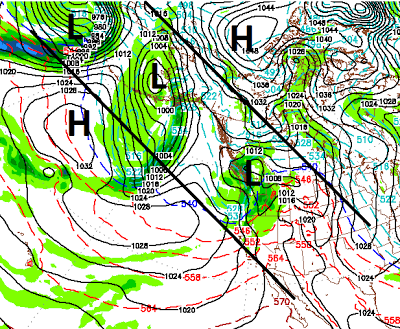 This gives way to around the 7th of March when the first storm arrives in Tahoe. It squeezed right down the coast and when it got here, there is a ample moisture plume to tap into. This has the potential of bringing reasonably significant snow to the area, 1-2 feet, possibly more (Sorry, I like every other forecaster am shell shy after the long dry spell). 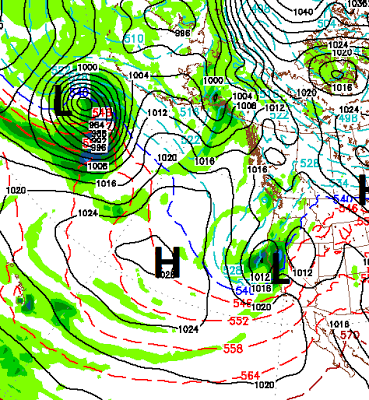 Here is a closer look at the March 7th event. We are talking around 2 inches of liquid precip. Snow levels, however, may be fairly high. We will just have to see. 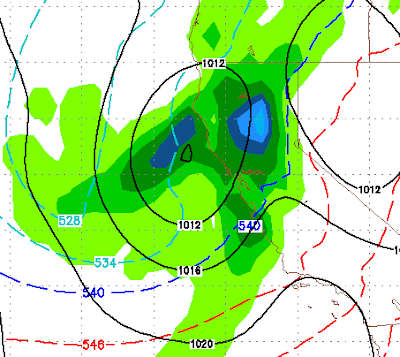 Now for the really encouraging news; Take a look at the following chart. Our west coast blocking ridge of high pressure has been shoved all the way down off the Baja coast. A series of storms look poised to pile on in the absence of this blocking ridge. 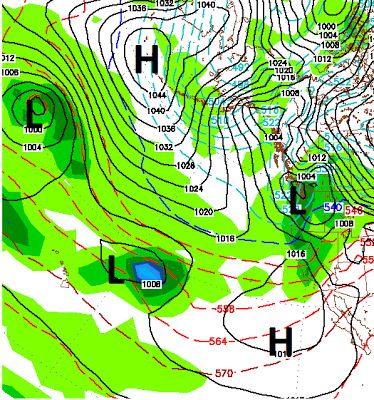 These storms again will squeeze through the two ridges and may well end up in Tahoe. This is around the 14th of March. Again, this condition looks like it has the most potential. However, the storm for the 7th and the 14th is on the radar of both the EC and GFS weather models. This is the first time that these two models have been in agreement for more than a day, since December.