One thing of note is the PNA (Pacific North America Pattern) is going negative now indicative of a cooler La Nina angular jet stream and i'm hoping that this will not shunt the storm track further north, however, I think this wont happen with the way the North Pacific high has been acting this year and showing signs of weakening as we enter the Winter Solstice. 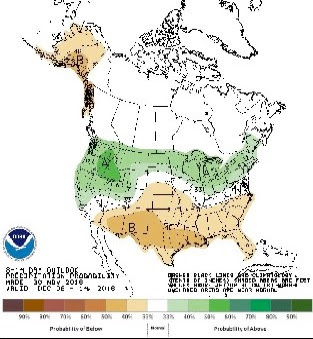