January 06, 2017
A near worse case scenario is unfolding for this weekend. A strong, moist storm will begin to hit the Sierra near Tahoe starting early Saturday. That storm will come in cold with snow levels around 5,000-6,000 feet. Then it will quickly turn very warm. I am now thinking we could see heavy rain as high as 10,000 feet for a long period of time from Saturday night through most of the day on Sunday. That is going to cause flooding in the leeward valleys.

Here is a look at the forecast temperatures aloft for Sunday afternoon when the storm is raging. 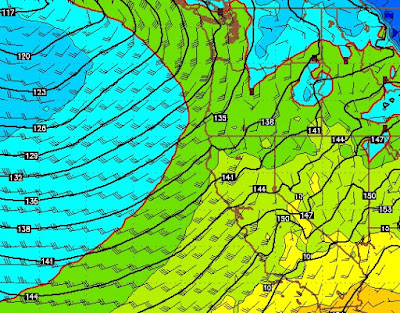 Most other weather outlets have now picked up on this. The NWS has issued a flood warning for Reno.

The good news is that Tuesdays powerful storm is looking much cooler now. This should be another massive snow event above 7,000 feet.

Drought?
A quick word about the so called drought. First of all, the drought was busted in the leeward valleys nearly 2 years ago. Our average precip, has been nearly 200%. The mongers are measuring the drought now by snowpack at elevations that are unrealistic. The snowpack tells us how much moisture is being stored not how much moisture has fallen. Even so, the snowpack above 10,000 feet from the Central to the Northern Sierra will probably sit at nearly 250% of average (for this time of year) by weeks end.

The flooding from these systems in California will be all over the news. How full the reservoirs are will be a measure of how much impact these massive storms have had on the Southern California drought.

Suffice it to say, be careful what you wish for, this is how averages are generated not by consistent moisture over short periods of time.

I will talk about the potential for one of the biggest Sierra snow storms in years, next post.