January 05, 2017
After an epic dump of snow on all of Tahoe and all Tahoe resorts, we are in the midst of a short break. Do not let this lull fool you, the last storm was the smallest of the three. Actually, while we are at it, we see a fourth storm on the horizon, perhaps 10 days out that looks to be pretty mean as well. But, let's not get ahead of ourselves.

This next storm will get cranking Saturday afternoon. We believe it will not stop snowing until the following Friday. That seven days of snow will be mostly very heavy precipitation. I am going to try and pinpoint the peaks of these next two storms. The first storm gets going Saturday, the next storm arrives right on the heels of the first storm around Tuesday noon. 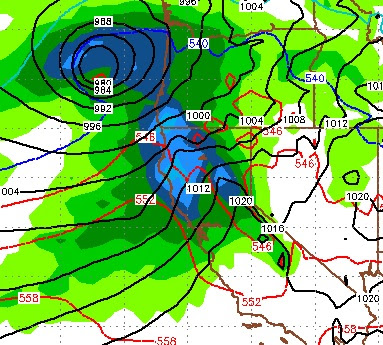 Snow Elevations
All of these storms will be warmer than the last storm that just hit us. They are larger and are packing subtropical moisture. Trying to forecast snow elevations is very tricky, but because of the size of these storms and the depth of our snow pack above 10,000 feet (which could be at risk) I will give it a shot: 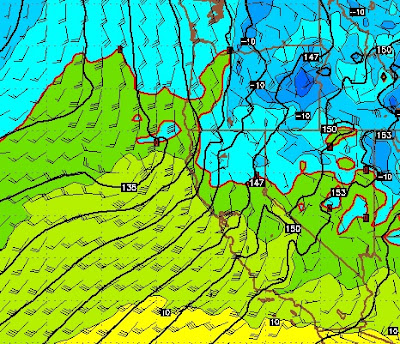 As the next storm approaches it will pull both warm air and moisture up from the southwest. However, this is about as cold as this storm will get. Elevations will start out around 6,000 - 6,500 and go up from there: 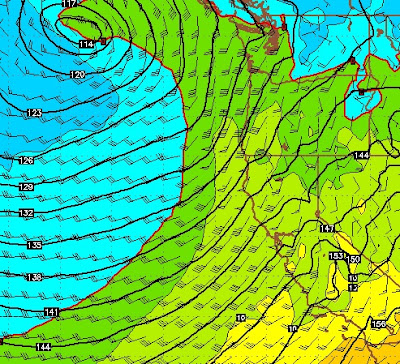 As the storm moves north and west, more warm moist air will feed into Tahoe and elevations will go up to 7,000-8,000 feet. Depending on a number of variables, these elevations have the potential to go higher. Regardless, all that snow below 6,500 feet will see heavy rain fall on top, which will create quite a mess.

Finally as the third storm approaches, it too will be somewhat cooler: 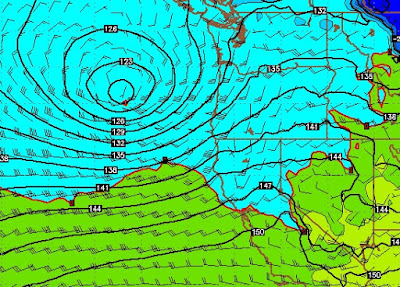 Again, however, snow elevations will move up as this storm begins to rage.

As of this moment, I believe we will see all snow above 8,000 feet, which bodes well for Slide Mountain as their snow totals will approach the 20-25 foot range.

I am also tracking 2 more storms of similar origin to our 3 storms that appear headed straight for Tahoe again. We will talk more about them and snow elevations in upcoming posts.