2 Storms then High Pressure Takes Over

This is a very typical La Nina pattern. La Nina can spin up some large storms but there are usually far fewer storms in a La Nina year.

We have two storms that the models have consolidated on. They are backing off historic snowfall amounts. From Kirkwood to Mammoth will see the most snow. In Tahoe, we will get our fair share, but not what we were predicting even a few days ago.

The first storm is just making landfall in Northern California now. This is the larger of the two storms. It will begin to affect our area about 10:00 tonight, Tuesday January 26th. It will have two peaks, tomorrow at around 4:00am: 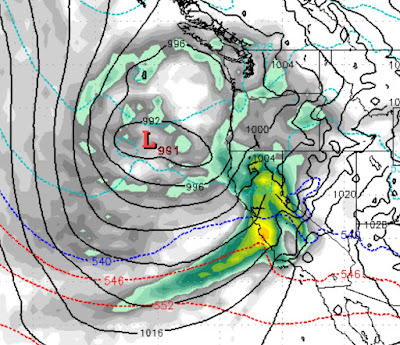 Then the next peak will be Thursday around 10:00am: 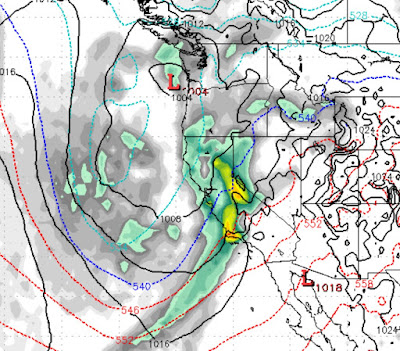 The second storm we are tracking, and for now what appears to be the final storm in this series, will arrive on Monday morning and last for about 12 hours as it weakens: 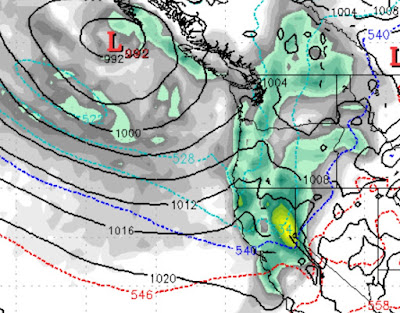 Combined these two storms will produce in neighborhood of 4-8 feet, with the Carson range getting around 4 feet as we are seeing some shadowing occurring. You can clearly see from the chart below that the central Sierra will be picking up around twice the snow that Tahoe will receive. 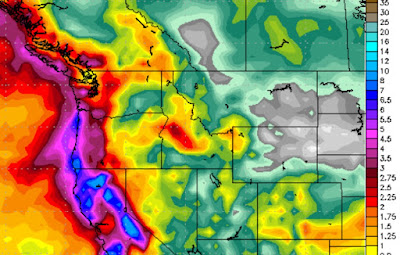 Again, this is the best guess of the weather models. There will be some valley spillover as well. Reno and Carson could see around a foot of snow and the foothills could see 2-3 feet.

After the 2nd storm is through, by next Tuesday, high pressure is going to take over again.