Tahoe In Bulls Eye For Next Two Storms; El Nino on the Horizon

March 27, 2014
Not a lot has changed with our forecast from earlier in the week. The first of the three storms we forecast came through and brought winter back to the region. It also left behind some much needed moisture. As we said, this was the weakest of the storms. The next two storms are going to pack much more moisture.

The next storm begins to make its presence felt for the Sierra early Saturday Morning. This storm will develop and pick up moisture from the Pacific. This storm will hang around for about 36-48 hours and should dump 2-4 feet of snow on the Western Crest and about half that in the Carson Range by Sunday night. Here is a look at Saturday night's forecast: 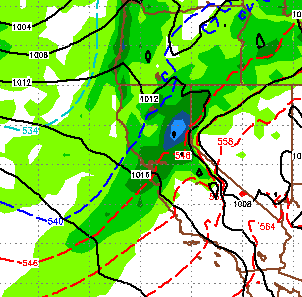 Right behind this system is the next system which makes its approach around noon on Monday. Here is a look at the forecast for Monday around noon, I expect similar precip numbers from the Saturday/Sunday storm: 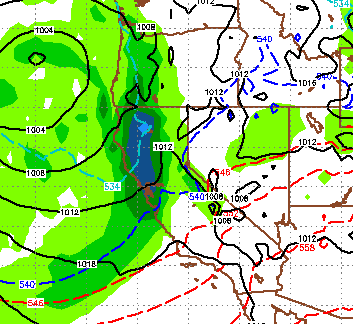 Here is a look at total liquid precip for the next 6 or so days: 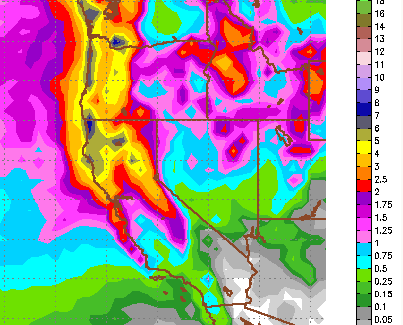 As I look out to next week, another system may come on the heels of the 2nd system I talked about today. That system looks weak now, but conditions are ripe for that to change. I will report accordingly. We are then looking at the possibility of high pressure taking over. However, that will be short lived as our patterns have changed and conditions are favorable for storms to continue.

El Nino
Yours truly has been talking about this pattern change being caused by an oncoming El Nino. The general consensus is 2014 will be the return of El Nino. A moderate El Nino is now being forecast, with confidence, to show up late summer. If that El Nino turns into a strong El Nino, which I think it will, then look out for the Winter of 2014/2015. Here is the general difference between a moderate and strong El Nino: 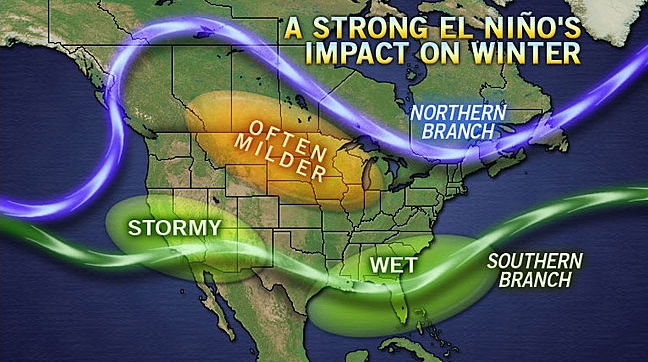 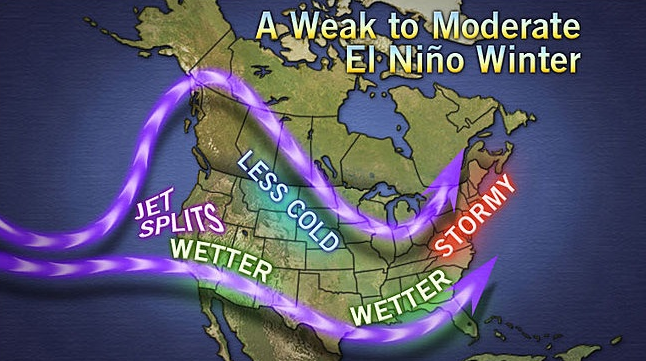 In any event, strong evidence is pointing at the drought for Central and Southern California getting some relief ... or put another way, things are about to average out ... again!